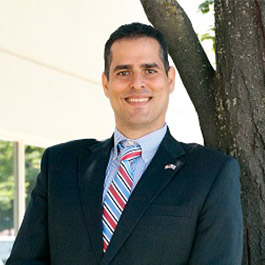 Sadly, many employees tolerate discriminatory, harassing, and retaliatory environments at work until they decide that they no longer can, or until they no longer have a choice. It is at this point that a decision must be made what steps to take next.

The first point to note, is that in order to file a claim for one of the above stated causes of action in civil court, you must first exhaust your administrative remedies. Simply put, this means that you cannot file a claim in civil court until you have filed with an appropriate administrative agency like the Equal Employment Opportunity Commission (EEOC) or the Department of Fair Employment and Housing (DFEH). Then the question becomes which agency is the appropriate agency to bring your claim in.

The causes of action brought by these two agencies, the DFEH and EEOC, are fairly similar to each other, and so are the laws that they enforce; however, there are some notable differences.

Key differences between these two administrative agencies begin with the fact that the DFEH does not enforce the Equal Pay Act. Further, the EEOC does not have coverage for sexual orientation discrimination, while the DFEH does. Both the DFEH and the EEOC contain exceptions for religious organizations in the enforcement of discrimination regulations; these exceptions are important to consider and differ between the agencies.

Both the DFEH and EEOC have requirements for the minimum number of employees that an employer must have before the regulations apply.

Obviously, the DFEH is more lenient in its requirements, and therefore would be the best starting point for wronged employees working for a smaller staff.

It is also important to note that the time limits are different for federal employees. Under the EEOC, a federal employee must file a claim within 45 days of the discriminatory act.

A Right to Sue Letter can be issued by either agency after the completion of its investigative process and is the prerequisite to filing a claim in civil court. Usually, the best course of action is to immediately request a ‘Right to Sue Letter’ due to the typically very long investigative period at these agencies, which command limited resources with which to investigate.