What is workplace discrimination? Generally, employment discrimination occurs when an employer takes an adverse action against the employee because of his or her age, race, religion, disability, gender, or other protected characteristic (see all of the protected categories below). This page was written by our lawyers and covers work discrimination in detail. So read on! We throughly exhaust the basics of this subject so that you can get an idea whether or not you have a case.

This page will cover the following subjects:

This law applies to anyone in California who works for an employer with 5 or more employees.

California is known as one of the best, if not the best, state at protecting its employees. California has passed its own anti-discrimination laws in the form of the Fair Employment and Housing Act (FEHA). While the federal government’s Title VII is strong, the California FEHA has broader protections and does not have the statutory damage caps of Title VII.

The following is a list and short description of the types of work discrimination lawsuits our office handles:

Racial discrimination, unfortunately, happens all the time at workplaces across California. While many people traditionally think of this type of employment discrimination as being White vs. Black, we hear everything from Hispanic vs. White, Filipino vs. Hispanic, and Hispanic vs. Black. This plague has been in this country for too long and employers should pay for such deplorable acts.

National origin discrimination generally refers to discrimination based on where you were raised. Think of the early 1800’s when many Americans did not like the Irish. Being “Irish” is not a race, but to fire an Irishmen for being for being from Ireland would be job discrimination.

Much like the confusion and grouping that can occur with racial and color discrimination, the same occurs with national origin and ancestry. Workplace discrimination based on ancestry is based on the group of people that an employee descended from. For instance, you and your employer may both be Hispanic, but if you are of Mayan descent and your employer fires you because he hates Mayans, you’ve been discriminated against based on your ancestry.

Disability discrimination is the most common type of work discrimination in California today. If you were terminated because you are disabled, you may have a cause of action for this type of discrimination. The discrimination laws in this area do not just make illegal being fired, but also require employers to provide their employees with reasonable accommodations when requested.

California discrimination laws also prohibit employment discrimination based on a medical condition. One of the most common instances of this, sadly, are cancer patients who were recently diagnosed or are in remission. In such cases, employers either have not provided the employee with reasonable accommodations or has just decided that they do not want to deal with the possibility that they employee may have complications with the disease at issue.

Your genes contain some very important medical information about you. In some instances, there are markers for increased rates of certain cancers or various other diseases. As science progresses we are finding out more and more, but one thing we do know is that California discrimination laws are not okay when an employer uses such information for the purposes of job discrimination. If you were fired due to genetic information, you may have a case.

Sex discrimination can be a little bit confusing, especially when placed right next to gender discrimination in a list! Sex includes gender, pregnancy, childbirth, and breastfeeding. So, while many people consider pregnant women being fired to be “pregnancy discrimination” it is technically sex in terms of work discrimination. The same can be said for termination for giving birth or breastfeeding.

It’s illegal to pay a woman less than her male counterparts. Its illegal to fire a woman because she’s not in the “boy’s club.” Gender discrimination also falls under sex discrimination. This kind of employment discrimination is when an employer terminates you because you are male or female. While this is not as prevalent as some of the other protected categories, it is a huge problem across the country.

This type of job discrimination is gaining more and more exposure as gender identity becomes explored and litigated in various places. In California, if you were born biologically male, but identify as a female, you may not be fired for this. The same is true for biologically born females who identify as males. If you were fired or discriminated against because of your transgender identity, you may have a case.

“Gender expression” refers to a person’s gender-related appearance and behavior whether or not stereotypically associated with the person’s assigned sex at birth. This can be expressed by the employee’s selection of clothing, hairstyle, or even in the way someone stands. California discrimination laws prohibit workplace discrimination based on these grounds.

Age discrimination is one of the nastiness types of work discrimination. Most Americans recognize it as illegal on its face. Unfortunately, at times younger managers do not see the value that experience brings to the workplace. As if that wasn’t insulting enough, injury is added when the employee can’t find a new job because they were planning on retiring soon.

Whether you are gay, straight, bisexual, pansexual, transgender, or fall somewhere else on the spectrum of sexual orientation it is illegal for your employer to terminate you for it. There are some complications with this type of employment discrimination as many cases may present a clash of religious beliefs and sexual orientation. Still, that should not stop you from obtaining a consultation if you feel you were terminated for this reason.

The men and women of the military have already sacrificed so much that it makes it especially disturbing that an employer might discriminate or fire them based on this status. Unfortunately, this type of job discrimination still happens more than it ever should.

If you fall into any of the above categories, and your gut is telling you that your termination was because of your protected characteristic, make sure you contact a discrimination lawyer for a consultation. 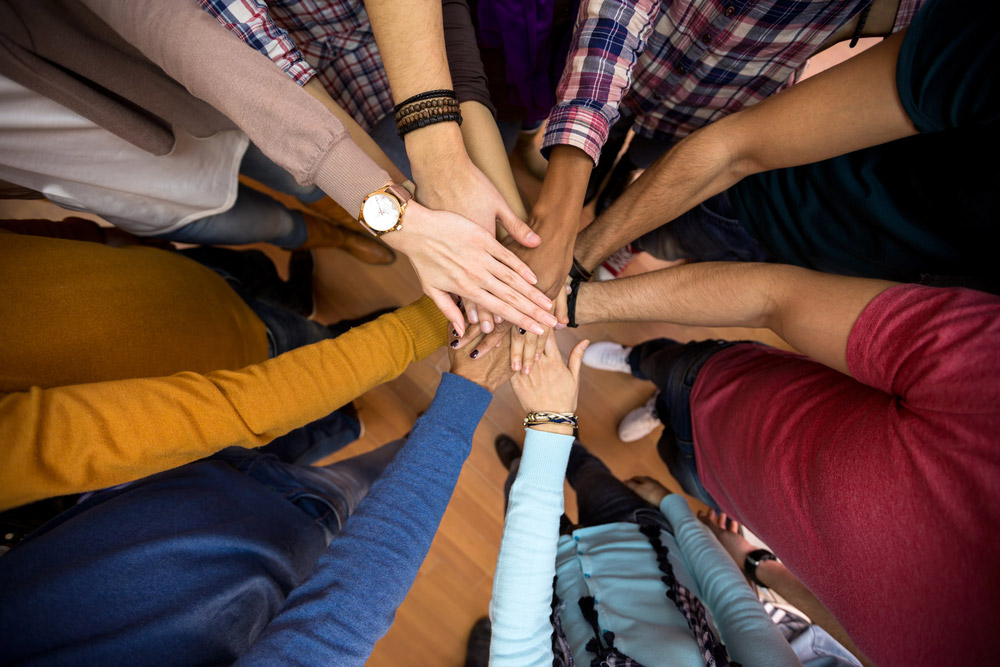 How to Distinguish Between Discrimination, Harassment, and Wrongful Termination?

It is not hard at all to mix up these three forms of bad acts. Wrongful termination is a broad term that, at times, includes discrimination. Wrongful termination is based on violations of public policy while the protected traits of discrimination laws can be found in California Government Code 12940(a). Harassment falls under subsection (j) of this same code and is what people generally defined as a hostile work environment.

What Do Discrimination Lawyers Do?

Unfortunately, television has provided the public with plenty of misinformation about how lawyers work. There is a considerable amount work done by your discrimination lawyer before the case goes to trial (and that’s IF it goes to trial). So what exactly does this process entail?

First, after your discrimination lawyer takes your case, they will gather all of the documents and evidence that you have regarding the case (timelines, text messages, write-ups, performance evaluations, letters from HR, etc). Your employment discrimination lawyers will then file your case in court by creating a specific document known as a “complaint.”

After this complaint has been filed, your attorney will have a set amount of time to “serve” your employer, which is pretty much putting the bad company on notice that, “Hey, you did bad stuff. We’re suing for it so you gotta show up in Court.” Technically, your employer has to respond to these accusations, but without fail, their lawyer will do what they can to get your case dismissed. Once your discrimination attorney has defeated these attempts, your lawsuit will move to the “discovery” phase.

“Discovery” is a long process in which your discrimination lawyer and the company’s lawyer will exchange information about the case. This includes things called special interrogatories (written out questions), form interrogatories (a form with standard questions and checkboxes on it), requests for admissions (generally to remove well known facts from question), and requests for documents (documents or tangible items that may be important). Furthermore, this is the time in when your employment lawyer will conduct depositions and the bad guys will take your deposition. Depositions are essentially live interviews in which the attorney gets to ask witnesses’ questions under oath for use a trial.

It is after discovery that an effort to settle the case usually occurs. At this point in time both attorneys are weighing their evidence and deciding their probability for victory. Usually, the parties agree to mediate the case or attempt to settle at a mandatory settlement conferences set up with the judge. In the event that settlement doesn’t happen, your case goes to trial.

What Types of Remedies Are Available When Discrimination Laws Are Broken?

Economic Damages – If you win your trial, you may be rewarded economic damages. These are the wages that you would have gotten if you had not been fired from work discrimination. For instance, if your salary was $100k per year, you were fired for one of the reasons above and unable to find work for a year, you would be recover $100k.

Attorney’s Fees – One of the strongest parts of California’s discrimination laws is that you may be awarded attorney’s fees. This was the California legislature’s way to incentivize attorneys to take on workplace discrimination cases despite the fact that many have low economic and emotional distress damages.

Punitive Damages – Punitive damages are awarded to punish a company for their workplace discrimination and to deter other companies from participating in the same conduct. These kinds of damages are limited in size and extremely rare. In order to receive them, you must show that the employer acted with oppression, malice or fraud in their workplace discrimination This standard is very hard to surpass.

Most employment cases settle. This holds true for job discrimination lawsuits as well. There is not much data to help provide an average because all settlements are have confidentiality agreements.

If your employment discrimination case goes to trial, the value increases. One insurance company stated, “Most employment matters don’t end up in court, but for those that do, the damages can be substantial. The median judgment is approximately $200,000, which is in addition to the cost of defense. About 25% of cases result in a judgment of $500,000 or more.” We, personally, feel that number may be inflated to sell liability insurance, but overall the principle holds true for employment discrimination cases. But with this said, every case is dramatically different. Some cases result in a substantial recovery, and some cases result in nothing.

How Long Do you Have to File Your Case?

For the most part, you only have one year from the workplace discrimination (termination, demotion, refusal to hire, etc.) to get a right-to-sue letter from the Department of Fair Employment & Housing. Generally, if you were discriminated against in CA, you would get a right-to-sue from the DFEH, as opposed to the EEOC. You then have one year from the date that letter is issued to file your case. This is usually handled by your lawyer.

It is important to note that the statute of limitations for employees of public entities is different. Sometimes these can be as little as six months! Because these can be so different from one broken law to the next, it is in your best interest to start the process as soon as possible.