As the world becomes more distracted with digital gadgets, busier with work, and more crowded, the plight of the pedestrian has never been more precarious.

For the person injured in a Sacramento pedestrian accident , the trauma of being hit by a car is only the beginning. After the collision, there are sure to be doctor visits, calls from insurance adjustors, physical therapy appointments, long-term pain, and bills.

This article was written to discuss some of the general aspects of personal injury law, as well as the options a person injured in an accident might have when seeking compensation. Perhaps you’ve been injured while walking on a public road, and are deciding whether you should contact a pedestrian accident trial attorney. Hopefully this article will help you with your decision. If you have questions, contact the offices of trial lawyer Lawrance Bohm to schedule a consultation.

California holds the dubious distinction of leading the nation in pedestrian accidents and fatalities.

Looking back on a recent  Office of Traffic Safety  report, pedestrian fatalities were shown to have risen by 11 percent. The report also found that a majority of pedestrian injuries occur between 3 and 9pm.

In March 2017, National Public Radio (NPR) discussed the annual Governor’s Highway Safety Association report, which found that the number of pedestrians killed nationwide had jumped 11 percent. One of the reasons given for the increase was a stronger economy, which had put more cars on the road.

This wasn’t the only factor noted.

One of the most apparent culprits of pedestrian deaths is the proliferation of digital devices. Melody Geraci, deputy director of a Chicago pedestrian’s advocacy group put it this way:

“We’re crazy distracted,” she said. “After speeding and failure to yield, distractions are the number three cause of [pedestrian fatalities], particularly by electronic devices.”

In a Collision With a Car, The Deck is Stacked Against the Pedestrian

It’s not a fair fight. A pedestrian that collides with an automobile is always going to be at a distinct advantage and likely to sustain serious, life-altering injuries. Some common injuries include:

In many cases, the injured pedestrian will experience pain and suffering for the rest of their lives. This could affect a person’s work life as well as their personal relationships.

But just because  a pedestrian is at a disadvantage when hit by a car doesn’t mean he or she can’t fight back with the help of a good attorney. Whether dealing with an insurance company that doesn’t want to pay its fair share, or arguing your case in front of a jury, a good lawyer can make all the difference in helping an injured pedestrian obtain justice.

Liability and Negligence in a Pedestrian Involved Accident

The process of determining liability and negligence in a personal injury case can be a long and complicated process. This is why it is so important to have a good lawyer looking out for your interests if you’ve been seriously injured in a collision.

California Civil Jury Instructions §700 state that an automobile driver has a basic standard of care to adhere to. The section states: 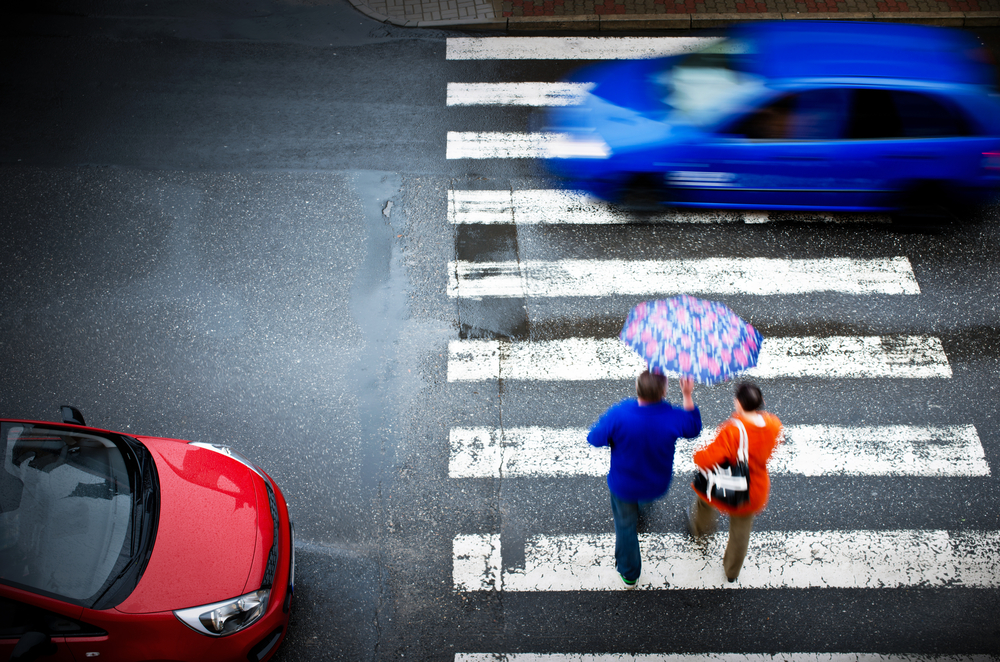 What Can an Injured Pedestrian Recover After an Accident?

How much a pedestrian recovers in terms of compensation after an accident rests on a number of factors. A good lawyer will seek the most compensation possible. The strategy might involve detailing the events leading up to your accident to a jury or dealing directly with the insurance company.

While it’s impossible to predict the outcome of any personal injury case, an injured pedestrian could be entitled to:

If you’ve been injured by a negligent driver while walking, it’s best to talk to a personal injury attorney sooner than later. Typically, the amount of time allotted to file a complaint against a negligent driver (statute of limitations) is two years from the date of the accident.

Aside from filing deadlines, it’s important to speak to a lawyer while the details of the event are fresh in your mind, and a proper follow up investigation can be conducted quickly.

If you have questions about California pedestrian injury laws, or anything else discussed on this page, contact our office to find out what we can do to help.