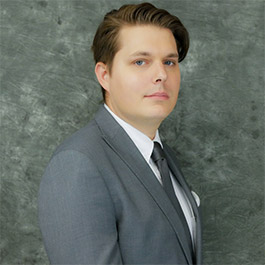 During his first summer of law school, Mr. Hilton was a Summer Associate at the United States Department of Justice, Civil Division (USDOJ) in Washington, DC..

Mr. Hilton first met attorney Lawrance Bohm during a 2014 interview program in New Orleans, where he was selected to be a Summer Law Clerk. He joined the Bohm Law Group in the summer of 2014, and was promoted to the position of Associate Attorney when he was admitted to the California Bar. While working at BLG, Hilton has successfully argued several cases on appeal, including: