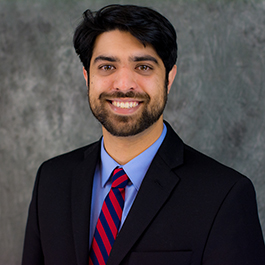 During his first year of law school, Naveen fought for civil rights as a law clerk for the Council on American Islamic Relations. In his second year, he focused on helping workers as a law clerk for the Department of Fair Employment and Housing (DFEH) and as a volunteer at the Voluntary Legal Services Program’s Employment Law Clinic. He also completed a judicial externship with the Honorable Steven Berlin at the United States Department of Labor, Office of Administrative Law Judges, in San Francisco. During his last year in law school, Mr. Flores-Dixit worked to change United States’ drug policy as an intern for the Drug Policy Alliance. Additionally, he joined the Aoki Federal Public Defender’s Clinic, helping inmates with long prison terms for drug offenses obtain sentence reductions.

After law school, he moved to Las Vegas and served as a judicial law clerk to the Honorable Kristina Pickering of the Supreme Court of Nevada for a year before joining the Bohm Law Group.