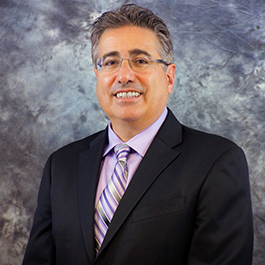 V. James DeSimone (“Jim”) graduated from Johns Hopkins University in 1981 and earned his law degree from UCLA in 1985 He was admitted to practice law in California in 1985 and has dedicated his law career to providing vigorous and ethical representation to achieve justice and make a difference for those whose civil and constitutional rights are violated by corporations or government entities.

From 1987 to 1990, he was a staff attorney at Westside Legal Services, in Santa Monica, California where he was the lead trial lawyer representing lower income families and individuals who could not afford a lawyer. In 1990, DeSimone founded the cutting edge civil rights law firm Schonbrun & DeSimone. Later known as Schonbrun DeSimone Seplow Harris & Hoffman, the firm established a reputation as one of the most prestigious civil and employment rights law firms in the State of California and in the entire country.

After twenty-five years as a partner, Jim decided to carve out his own path by establishing V. James DeSimone Law, a California law firm dedicated to representing individuals in civil rights cases, with an emphasis on employment discrimination and harassment, employment wage and hour class action cases, police misconduct and brutality cases, including wrongful death, excessive force, and false arrest cases, and personal injury cases.

DeSimone also accepted an Of Counsel position with the Bohm Law Group, partnering with Lawrance Bohm to establish a team of lawyers dedicated to achieving justice for persons who are harmed by discrimination, harassment, excessive force or other damaging conduct. Bohm Law Group is renowned for bringing advanced technology into the court room to achieve justice. Coupled with DeSimone’s thirty year experience as a civil rights trial lawyer, the team of DeSimone Bohm vigorously advocate for the rights of their clients in and out of the court room.

In the disability rights case of Charlebois v. Angels Baseball on behalf of wheelchair users who attend baseball games at Angels Stadium, DeSimone prevailed on a contested motion for class certification and achieved beneficial injunctive relief so wheelchair users could enjoy equal amenities at Angels’ baseball games. United States District Court Judge David Carter awarded DeSimone the full amount of attorneys requested by, stating: “Moreover, Class Counsel’s firm reputation is prestigious and thus on par with its comparator firms. …. One of the members of Class Counsel, DeSimone, has been named by the Daily Journal among the Top 50 Employment Lawyers in the State of California, inclusive of lawyers from top international law firms, for three years in a row.”

ACHIEVING JUSTICE IN THE COURTS OF APPEAL

DeSimone was lead appellate attorney and obtained a 9th Circuit published opinion in the case of Xue Lu et al. v. United States of America, 621 F.3d 944 (9th Cir. 2010) reversing dismissal of the case against the United States of America while holding an asylum officer was acting in the course and scope of employment when he demanded sexual favors and money in return for approving asylum applications.

DeSimone was lead appellate counsel in the case of Johnson v. United Cerebral Palsey et al. 173 CA4th 740 (2009), a precedent setting case in which the Court of Appeal reversed a summary judgment and directed the trial court to admit evidence of other employees who contended they were subjected to discriminatory conduct similar to that alleged by the Plaintiff.

DeSimone was lead counsel for the plaintiff in the precedent setting case of Mogilefsky v. Silver Pictures, 20 Cal App. 4th 409 (1993) which was the first published California decision to recognize that same sex harassment violated the California Fair Employment & Housing Act.

In Griffith v. Davis, 161 F.R.D. 687 (1995), DeSimone compelled the United States of America to produce documents which pertained to the IRS investigation of the shooting death of a young man killed by an IRS special agent, which included the recorded statement of the IRS special agent.

DeSimone is a regular guest on Bob McCormick’s Money 101 Radio Show on KFWB, speaking on the topic of employment law, is a guest contributor to KNX News and recently appeared on KABC’s Gurvey Law.

• In April of 2006, Jim authored an article in the Journal of Consumer Attorneys Associations of Los Angeles entitled “Discovery in Employment Civil Rights Cases: Finding Where the Bodies are Buried”
• DeSimone authored an article for the ABA Small Practice and Solo Practitioner Journal entitled “Employment Policies and Workplace Responsibility.”
• He co-authored an article for the California Employment Lawyer’s Association September 2009 Bulletin entitled, “CONTEXT MATTERS: EXAMINING THE ADMISSIBILITY OF ‘OTHER EMPLOYEE/SUPERVISOR’ EVIDENCE IN FEHA DISCRIMINATION CASES.”
• In May of 2013, DeSimone authored an op ed piece for the Daily Journal entitled “Sexual Harassment Bill is Necessary to Fix the Law” The article was used to persuade the California legislature and Governor to pass a law establishing that sex harassment could be hostile and need not be based on sexual attraction to the victim
• In November of 2014, DeSimone’s article, “We need Peace Officers, its Time for Crisis Intervention Training was published in Truthout and CELA Voice
• In January of 2015, DeSimone’s article, “Non-Economic Damages: Destination to a Fair Outcome” was published in Consumer Attorney’s Association of Los Angeles’ Advocate Magazine
• DeSimone authored an article published on the AVVO web-site entitled “What is Sexual Harassment.”