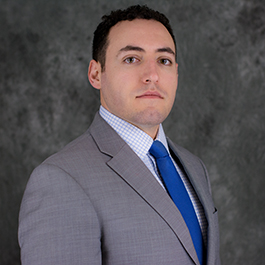 A lifelong traveler and storyteller, Daniel is passionate about using the law to protect consumers and individuals from corporate misconduct.

Originally from New York State, Daniel moved around the country and the world before finally landing in California. He began working for the Bohm Law Group in August 2016. Prior to arriving at BLG, Daniel worked in Washington, DC as a congressional aide and as an attorney. He made the decision to jump from east to west coast in order to learn litigation skills from some of the best litigators in the country, and of course to live in beautiful California!

Daniel attended Tulane University Law School, graduating in 2015. In law school, he excelled in any situation that placed him in a courtroom. Daniel won numerous accolades in moot court, including Best Oralist at the Jessup International Law Competition, second best team at the Inter-American Court of Human Rights Competition, and a nomination to the Order of the Barristers.

Prior to law school, he spent three years living in Russia and Germany. He earned a master’s degree in Environmental Management from the University of Kiel, in Germany, and won a Fulbright Scholarship to teach English at the University of Irkutsk, in eastern Russia. Daniel graduated from Trinity College with a bachelor’s degree in History. Daniel is licensed to practice law in the states of California and Maryland.