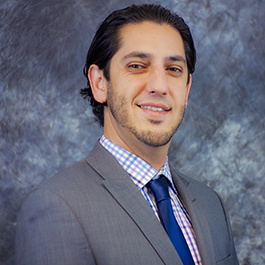 Kaveh Navab is a Los Angeles native who earned his Bachelor’s degree from the University of California at Los Angeles (UCLA), and later received a J.D./M.E.L.P. degree from Vermont Law School. While in law school Mr. Navab represented his school in the prestigious Philip C. Jessup International Law Moot Court Competition and was a Teaching Assistant for the Advanced Appellate Advocacy course.

Since law school Mr. Navab, has focused his work on the practice fields of both civil rights and employment law. His civil rights work focuses largely on police brutality and other related claims while his work in employment law has centered on cases of wrongful termination and unlawful employment practices.

Named a Super Lawyer “Rising Star” in the field of Employment & Labor law in 2017, Mr. Navab is known for his zealous advocacy and negotiating skills, and often takes on cases against large companies and public entities.  Mr. Navab has worked on numerous cases and has been able achieve significant verdicts for his clients, including a case that resulted in an $8.8-million verdict for excessive force against the Culver City Police Department.

Mr. Navab is committed to achieving justice for clients who have been harmed by discrimination, harassment, and excessive force.