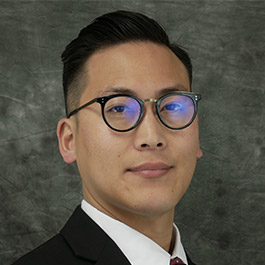 During law school, Mr. Kim served as a student attorney for the Civil Litigation Clinic, an editor on the Tulane Maritime Law Journal, a member of the Student Bar Association, and represented the law school as the Senator of the Graduate and Professional Student Association. He also volunteered as a school tour guide.

Outside of the legal profession, Mr. Kim has over 15 years of experience in the hospitality industry. He has worked as a director of operations and sales for Holiday Inn Express Cathedral City. Mr. Kim is an avid fan of literature, sports, and music.